Breaking News: Brexit could cause the UK to fall behind on vehicle safety standards. 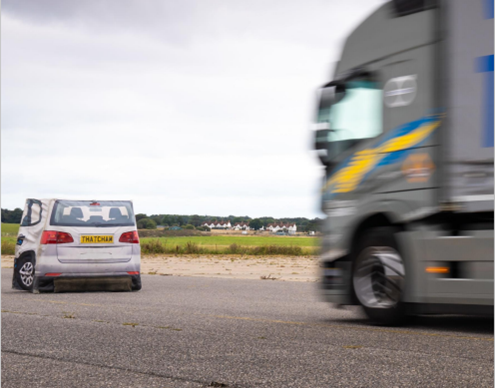 Letter sent to the Secretary of State to re-establish the United Kingdom as the global leader in road safety.

As a non-member of the EU, the United Kingdom will need to implement its own law for type approval and update the vehicle safety regulations.

This is a great concern for David Ward, Head of Global NCAP, who says, ‘Why should Brexit mean worse vehicle safety/higher fatalities in the UK?’

It is certain the UK are committed to reducing casualties on roads as demonstrated recently by the decision to publish a new strategic framework for road safety and smart motorways.

However, a recent letter sent to the Secretary of State by PACTS - providers for secretariat to APPG for Transport Safety, proposes the UK should define the safety regulations and set the standard as global leaders. 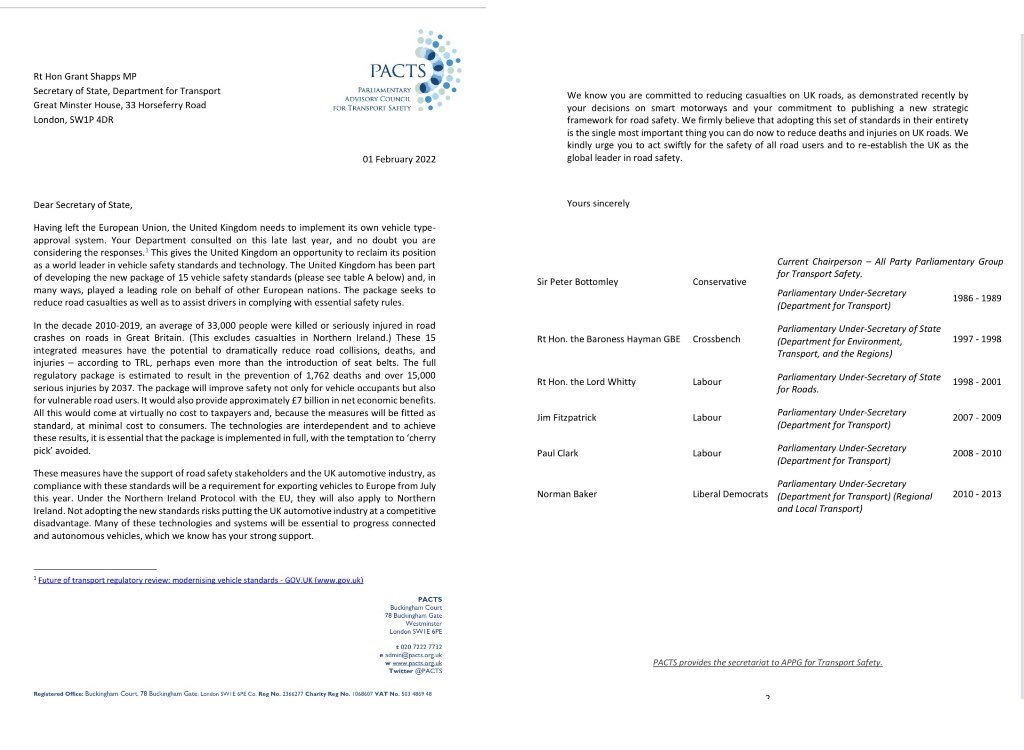 A new package of technology and regulations has been designed to consist of 15 integrated measures that have the potential to significantly reduce road collisions, deaths, and injuries. According to TRL; ‘it’s the biggest advance in vehicle safety since the seat belt.’

PACTS says, “In the decade of 2010-2019, an average of 33,000 people were killed or seriously injured in road crashes on roads in Great Britain. (This excludes causalities in Northern Ireland.)’

In a bid to reduce road collisions, the package includes automated emergency braking that detects Vulnerable Road Users such as pedestrians and cyclists to improve direct vision for drivers. The safety technologies are there to assist drivers in complying with essential safety rules of the road and provide protection for those both inside and outside the vehicle in the event of a crash.

PACTS informs, ‘The full regulatory package is estimated to result in the prevention of 1,762 deaths and over 15,000 serious injuries by 2037. Its goal is to improve safety not only for vehicle occupants but also for vulnerable road users. It would also provide approximately £7 billion in net economic benefits.’

With new safety regulations due to come into effect in July 2022, this package will take effect in the EU and Northern Ireland. However, as described by the UK’s Transport research Lab, a swift adoption of the 15 safety regulations for vehicles made in the UK is essential in preventing the risk of higher road fatalities in the UK.

In addition to this, PACTS suggests, “Not adopting the new standards, risk putting the UK automotive industry at a competitive disadvantage. Many of these technologies and systems will be essential to progress connected and autonomous vehicles.’

‘All this would come at virtually no cost to taxpayers and, because the measurers will be fitted as standard, it will be at minimal cost to consumers.’

PACTS calls on the UK Government to seize this opportunity and reaffirm its commitment to best practice in vehicle and road safety standards and to re-establish the UK as global leader by including all 15 measures in new type approval scheme.