Get to Know - Steve Boyle

I’m Steve Boyle, company owner, and Managing Director of Moshon Data Ltd. Based in Witney, Oxfordshire, we are a leading manufacturer of ADAS test equipment and are considered experts within the field.

I first became involved in ADAS test and development in 2005, working for an Inertial Navigation System manufacturer, Oxford Technical Solutions. During my tenure, I was instrumental in developing the RT-Range system with Volvo for ACC and LDW development. Incidentally, the RT-Range went on to be the world’s leading ADAS testing solution for validating ADAS sensor technology.

During this period, I travelled the world demonstrating, marketing, and training customers on ADAS testing. I also conducted some of the very first EuroNCAP LDW tests whilst working with Thatcham and helped them to develop AEB test protocols.

As a person who’s frequently required to drive across Europe for work purposes, it’s only natural that both of my cars (Volvo/Ford) feature LDW and LKS. Alongside ACC, these functions have provided me with additional peace of mind, and I have also tested many other cars with ADAS functions in-between.

As a manufacturer of AEB test targets, of which we supply worldwide, I have been involved in more AEB tests than I’ve had hot dinners! From the early days of Car-to-Car rear impacts to the present levels of ADAS functionality, this experience has enabled me to fully understand the benefits of AEB and witness first-hand the impact it has on road safety.

Over the years, Global NCAP has made great strides when it comes to pedestrian safety; not just for occupants but for Vulnerable Road Users (VRU) too. Being a father of two young children, this area of road safety has become a personal interest of mine. I have recently discussed this at length in my article The UK government has spent millions on Autonomous car grants and funding yet very little on saving my sons life. Why is this? (driverassist.tech).

In 2017, I was approached by the Dutch Highways agency and asked to partake in a project which would consider the relationship between AEB on commercial vehicles, highway-maintenance vehicles, and objects which frequent today’s highways. Still ongoing, this project resulted in the development of a new Moshon Data product called the RadViz. Radviz is a small radar reflector which aids detection of unusual road vehicles and is proven to be most effective when used on stationary vehicles. As a result, I am becoming increasingly involved in the field of highway safety and am endeavouring to bridge the gap between the Automotive world and the Highway’s infrastructure.

In addition to this, Moshon Data actively work with the world ISO standards committee for Vehicle Targets. This relationship has allowed us to expand our knowledge when it comes to Radar Signatures; Paul Brett, our Technical Manager is fast becoming a leading expert in this field.

Each day, we are learning a great deal about new tech fabrics and are always striving to improve our methods of target production. Pushing the boundaries in both inflatable and foam production methods, we always seek new ways to make our targets more realistic for accurate sensor detection.

In the none-too-distant future, it is without doubt that more and more people will have cars which feature some manner of ADAS functionality; with AEB, ISA and more becoming standard in 2022, global safety regs have seen to that.

However positive this may be, for me, the biggest question I have is: “is society ready for this?”. Do users and drivers understand enough about how this technology works, as well as knowing its limitations? Moreover, will the infrastructure, highways agency, department for transport understand it and be able to legislate and encourage its use in order to make the UK roads safer. Time will tell. 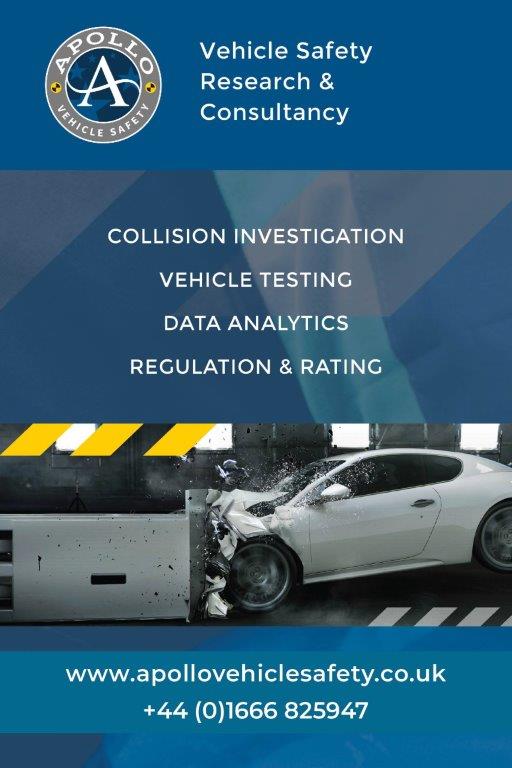